The cream is a cupboard or refrigerator staple that can’t be found without. After all, its adaptability makes it appropriate for a wide range of meals, particularly sweets. People have a variety of choice; your choice might be something very light and it might be something heavy too.

Cream is something that can be modified while making it. It’s consumption is spread across the world and it is usually combined with food items that are eaten during dinner. Whipped cream makes a dish look very attractive as it provides a very unique look to the dish.

Cool Whip and whipped cream are very well-known food items which are household names, they can be combined with a variety of food items and it also gives rise to great combination very often.

At first sight, these two appear to be very similar, particularly when comparing their physical appearances. However, despite their similarities, these two cream alternatives differ significantly in a variety of ways.

If you are interested in utilizing cream in your meals, you may be interested in learning more about Cool Whip and whipped cream, two types of cream.

What Exactly Is Cool Whip?

Cool Whip, first manufactured in 1966 by the Birds Eye subsidiary of General Foods, has unquestionably been around for a long time. According to reports, it was developed as a more accessible and inexpensive alternative to whipped cream.

Cool Whip takes pride because it can be frozen, defrosted, and refrigerated without losing any of its components or changing its texture or consistency. As a result, it may also be referred to as a “whipped topping” in some advertisements. High fructose content is often used as the primary material while making cool whip along with vegetable oil and skim milk.

Today, the brand is owned by Kraft Heinz, and it has broadened its product offerings to include several other designs. The brand provides a variety of products which include Lite, Extra Creamy, Sugar-Free, Free (no fat), and Season’s Delight flavors, and yes, the classic style of course.

What Is the Definition of Whipped Cream?

The term “whipped cream” refers to heavy cream that has been beaten to a light and fluffy consistency. It may be beaten using a mixer, a whisk, or a fork, in that sequence, starting with the easiest and working your way up. Sweetened whipped cream is probably the most popular.

It is a highly rich, frothy dairy product that may be used to flavor various meals and beverages. For example, most bakeries and bakers around the world use it as icing for cakes, this is also used to prepare delicious pastries which have great demand in the market. The more decorative the whipped cream looks, the more is it’s value.

The Most Significant Dissimilarities

Having gained a better knowledge of these two and what they are composed of, it is time to go into the nitty-gritty of how they work. While their differing outward looks may be misleading, their real constituents will reveal the most significant distinctions between them. Take a look at these.

As previously stated, heavy whipping cream is the only cream used to make whipped cream. Typically, this heavy cream contains 36 percent fat by weight in the milk fat content, although any cream that contains at least 30 percent fat is acceptable. Just keep in mind that the higher the fat content, the better the cream’s ability to maintain its form and texture.

On the other hand, Cool Whip which contains high fructose content as mentioned earlier has a great taste due to the use of skimmed milk and vegetable oil. The addition of vegetable oil to a processed product provides it a generally stable and lengthy shelf life due to its preparation. However, many people are concerned about the high sugar level, even though it provides sweetness and another layer of taste.

Whipping cream is a popular dessert topping due to it’s attractive appearance. It is also denser as a result of the air that has been introduced during the mixing or beating process. The presence of air also gives it a thick and sturdy shape.

On the other hand, Cool Whip has a more substantial texture and weight than other whipped toppings. Its look can be described as a cross between sour cream and cream cheese when the combination was condensed into a tub or can account for its substantial weight and density.

Confectioner’s sugar is commonly used to flavor whipped cream, thick and decadent concoction rich in fat. This is typically preferred over regular table sugar since it does not clump and tends to melt quickly and mix nicely with other ingredients. Meanwhile, Chantilly cream, also known as crème Chantilly, is a type of whipped cream considered a variation.

Put, this mixture is whipped cream with a hint of vanilla flavoring, and it is generally used to give a little zing to a variety of foods. The flavor of Cool Whip, on the other hand, is derived from a blend of natural and artificial flavorings. The milk component consists of several important food essentials which keep the cream fresh for a longer period of time.

Because of the corn syrup, the sugar level is also rather high, which contributes to its sweetness and deliciousness. 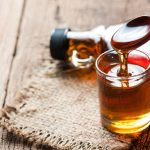